Out of This World: Worlds of Shadow #1

Other books in the series. Three Worlds 3 books.

In the Empire of Shadow

Vast expanses of nothing more than mounds of golden sand? Sounds like a blast! Deserts are typified by their bleak, desolate landscape, yet they seem to make an appearance in every other platformer. But when we're forced to trudge across shifting sands, losing our way amidst indistinguishable yellow hills under the glare of the sun, any other level seems preferable. Bonus points subtracted if said desert has those annoying dust devils that constantly send you flying in the wrong direction.

The Countries With The Largest Shadow Economies [Infographic]

Gamers are a nostalgic bunch, prone to getting misty-eyed over anything that resembles a sprite from their 8-bit or bit pasts. And there's no better way to appease the old-school crowd than going full pixelated for a stage or two. It doesn't need to be a visual overhaul, either--the one-to-one recreation of Whomp's Fortress from Super Mario 64 in Super Mario Galaxy 2's Throwback Galaxy does wonders for invoking childhood memories.

Water levels are hated for a reason: they essentially force you to play a different game. You know how you've been mastering the speed of your run and arc of your jump in every stage thus far?


Ah, but that's not all: we've also given you the ability to drown! Be it a water temple, an oceanic world, or a dive through a coral reef, few things hamper the quick pacing of a platformer like an abundance of H2O. Like retro stages, levels made out of giant colored blocks and wind-up gizmos tap into our childhood memories--the ones we formed from ages 1 to 5, when object permanence and video games were concepts we had yet to fully understand. There's a certain innocent joy to bouncing around a gigantic toy box, bopping plastic monsters or racing against stacks of dominoes.

And the accompanying music is usually just as cheery, creating a densely saccharine environment. An entire game's worth of these jaunty levels would probably feel like overkill, but when used sparingly, they're a delight.

The Countries With The Largest Shadow Economies [Infographic]

Like water stages, but in another phase! Ice, snow, and winter themes in general combine the worst aspects of water stages--diminished control--with the visual bleakness of desert levels. Few things in life are more frustrating than failing a long jump because you couldn't get traction, or slamming into a spike pit after slipping out of control. And it's hard to decide which is worse: the repetitious rock walls of an ice cave usually replete with harmful falling stalactites or the white, blurry wasteland of an outdoor snowstorm.

Maybe we're cold-blooded, or maybe this trope just needs to die a frosty death. Everybody's got a little rhythm--and even if you're not a Rock Band or Dance Dance Revolution ace, keeping time with the beat as you run and jump is an excellent variation on classic platforming. Whether it's as simple as a metronomic pattern of platforms phasing in and out, or as grand as a stage where every action builds up an ever-more-chaotic musical number, infusing melody into otherwise familiar gameplay is always invigorating.

Been there, done that?

Sometimes that hook is enough to sustain entire games see: Bit. Trip Runner, HarmoKnight ; other times, it's the perfect change of tempo amidst a slew of ordinary levels. 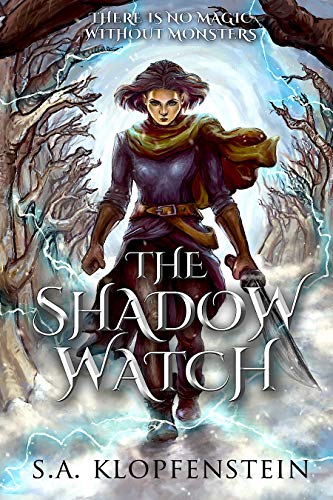 Since the dawn of time, humankind has had a fascination with the life-and-death properties of fire. That doesn't mean every platformer under the sun needs a level in the fiery pit of a volcano. Leaping feet-first into pools of molten lava is only marginally less demoralizing than a bottomless pit--because either way, it's instant death.

Only, lava levels also have the added "benefit" of fireballs that leap up from the magma just as you're passing over, consigning you to a deep-baked death. Bright lights. Garish colors. Ferris wheels. Roller coasters.