Longarm 332: Longarm and the Owlhoots Graveyard

He knows his father. Account Options Sign in. Top Charts. New Arrivals. Longarm Longarm Book Tabor Evans January 31, Deputy U. Marshal Custis Long is sent to Arkansas to escort a hired gun back to Colorado for trial. Five dead men later, Famous Frank is free. Her pillowtalk leads Longarm to a cattle baron recruiting an army of hard cases to start a range war. War may be hell. But a hoodwinked Longarm is the devil himself…. More by Tabor Evans See more. Longarm Longarm and the Mustang Maiden.

Book Five killer outlaws, one killer beauty, and a night Longarm will never forget Longarm's trapped up in the Ruby Mountains with a bad spell of amnesia—and a woman too wild to ever forget.

And until Longarm gets his senses back, he's got no choice but to trust her—before the Haskill Gang gives him a new memory Longarm Longarm on a Bloody Vendetta. Too good to last? You bet. She just ate lead during a robbery gone bad. This time Longarm is a one-man execution squad. Reviews Review Policy. Published on. Flowing text. Best For. Web, Tablet, Phone, eReader. Content Protection. Learn More. Flag as inappropriate. It syncs automatically with your account and allows you to read online or offline wherever you are. Please follow the detailed Help center instructions to transfer the files to supported eReaders.

Continue the series. See more. Longarm Longarm and the Restless Redhead. Longarm—wanted dead or alive! Custis Long has had his share of hard nights followed by even harder mornings-after. But none so bad as when he wakes up in Medallion, Arizona, with a head full of pain, no memory of how he got there—and a dead redhead in bed next to him. S Marshal badge and official papers.

Set up for murder, Long knows his only chance is to find the real killer. Longarm Longarm and the Apache War. Marshal Custis Long is assigned to settle this situation in the deadliest part of Arizona, Canyon City. Longarm soon discovers that this dispute is far more complex than even he imagined. Longarm Longarm and the False Prophet. Marshal Custis Long is ordered to find an old Indian nemesis, he knows the job is going to be rough. Many Thumbs has hopped the reservation with a band of followers, and Longarm has to find out why.

I want it to be my bestselling book…by far. Not so much for the money, but because I am proud of it. And if it does finally do well, I can justify to myself and, more importantly, to my wife , investing the time to write the sequel. Or a string of sequels. I would like nothing better than to write as many Harvey Mapes books as I have Monks…or many more…. So please, help me do that.

Spread the word about Watch Me Die. It was a series he was born to write…I just had to convince him first. As you know, Lee writes the Diagnosis Murder and Monk novels. These are called tie-in novels because they are tied to a television series. Penguin approached Lee about taking on the Royal Pains project, but he told them he was probably not the guy to do it but that I might be.

He recommended me to them. After I spoke with my wonderful editor there, Sandy Harding, and my equally wonderful agent, Kimberly Cameron, I finally decided to sign a two book deal with them. Were you a fan, first? Yes, I watched the TV show before I was ever approached to write the novels.

I liked the humor and I liked the other characters that surround the four main ones. And I thought it was an interesting premise. You are constrained by the creators and the TV series as to what you can and cannot do. But overall it was fun. James Reasoner's latest LONGARM novel may be his last…he says he just doesn't have time to keep writing them , what with all the other books he's doing each year.

So the lazy, whiny bastard is quitting, after only writing this measly handful of'em. Man up, Jimmy. That's nothing. I figured I'd just sit in the corner, keep my mouth shut, and watch the masters at work. But like the lead character in the pilot, sometimes my mouth and my brain don't always work in concert. I was only there for a few minutes when I contributed a joke…which went over only slightly better than if I'd vomited on the table. I decided to keep my mouth shut. That resolve lasted perhaps five more minutes, when once again I heard myself suggesting a joke…which went over so badly, I expected security to be called to escort me out of the studio.

I know I can be funny…when I am sitting at the computer, by myself, writing. And I know I can be amusing on panels or when speaking in public. But I'd never had to be funny on-demand, to contribute specific jokes to serve a plot point or character beat.

Who the hell was I to think that I could participate? I decided I was going to just shut up, listen, and learn. But then, the more I listened, I realized that everybody was offering stinkers as well as winners…for every ten bad jokes someone threw out, perhaps one would stick. And before I knew it, I was throwing another joke into the mix…and to my shock, everyone laughed and my buddy put it in the script.

I was ridiculously pleased and my reluctance to participate evaporated. I stopped feeling so self-conscious about my horrible jokes and did what everyone else was doing — sharing whatever came to mind.


And to my delight, a couple more of my jokes got laughs…and found their way into the script in some form or another. I ended up having a wonderful time and learning how a comedy writers room differed from the "drama" rooms I'd been part of for most of my career. Andy Breckman and his writing staff all came from SNL or Letterman or stand-up, not the episodic world, so they were always throwing out jokes…but we were still writing a mystery, and the room, and the plotting, felt comfortable and familiar to me.

I knew I could do the job and I didn't feel any pressure to be funny. I was more likely to offer a funny situation to the room than a joke, per se. But in the punch-up room, story structure wasn't the main issue. It was making the funny stuff funnier…creating new jokes to address specific problems. I've re-written scripts before…and made funny scenes funnier…but never on-demand in front of a room of other writers.

Rewriting has always been a private affair. 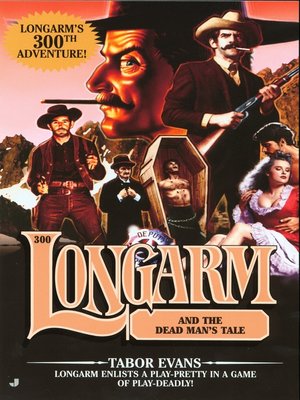 But one thing the punch-up experience shared in common with all of my other writing room experiences was that brainstorming was encouraged, that even bad ideas were welcomed because they could lead to good ones. In that respect, throwing out jokes was no different than suggesting clues, plot points, character beats, or any other aspect of writing a drama. It was a great day…it was an honor and a thrill just to be in the room with all of those extremely talented and acclaimed writers… to see how their minds worked…and how they worked with others.

Today I was invited back to help punch up the script following the final run-through. This, too, was an entirely new experience for me. An entirely different group of comedy writers were gathered this time to watch the show on its feet, to see what worked and what didn't, then help the showrunner tweak the script to address network notes and smooth out some last-minute bumps that emerged during the staging.

So that's what we did. We watched a full run-through of the show, then locked ourselves in a conference room with a deli platter, soft drinks, a stack of scripts and lots of pencils. It was a lot like my previous experience…only scarier, because two top-level studio execs would be sitting in on the punch-up. I had no idea what I was supposed to do, what the rules were, or how this was supposed to work. But I knew if I made a fool of myself, the studio execs would certainly remember. My friend, the showrunner, went through the script scene-by-scene, telling us what the problems were that had to be addressed and asking the writers in the room, all good friends of his, for their thoughts on any other bumps he might have missed.

People threw out new jokes and, once again, I hesitantly offered one of my own…that clearly nobody liked. It was as if I'd dropped my pants and urinated in the middle of the room. Well, at least that's how it felt to me. More jokes flew around. I hesitantly offered another one, also D. I was a fraud, a witless moron who had no place in a room full of professional comedy writers… so I tossed out one last joke to confirm what I already knew about my failings.

Longarm and the Owlhoots' Graveyard (Longarm, book ) by Tabor Evans

Everyone laughed. And then they took that joke and started improving on it. So I added a tweak of my own. The joke went in to the script. There was a young writer in the room who was absolutely fearless. Or perhaps "shameless" is the better word. He threw out one joke after another…. I learned a valuable lesson from him — I realized my biggest problem was my hesitancy. I had to commit to my jokes, or go in the opposite direction, throw them out casually, without worrying about whether they were any good or not.

From that moment on, I contributed whatever came to my mind…and was surprised, and ridiculously pleased, by how much of my stuff either made it in, or inspired someone else in the room to come up with something much, much better than what I'd offered, but along the same lines. We began to work as a big team, backing each other up. It was great fun. This experience is going to make me a better writer…and for that, I owe my comedy-writing friend a big thank-you for taking a chance and inviting me into the room.

Newsweek published this My Turn essay of mine back in mids, while I was still a college student and writing my JURY books, then called. My name is Ian Ludlow. Well, not really.

But that's the name on my four ". Most of the time I'm Lee Goldberg, a mild mannered UCLA senior majoring in mass communications and trying to spark a writing career at the same time. It's hard work. I haven't quite achieved a balance between my dual identities of college student and hack novelist.