The group's seemingly effortless virtuosity and Robbie Robertson 's literary gift for conveying a deep sense of Americana despite being Canadian in his songwriting, resulted in a wonderfully organic sound that made the Band one of the most admired and respected musical institutions on the planet. Having created some of the most gloriously rich and influential music of the late s and early s, the group's Thanksgiving performance at San Francisco's Winterland, immortalized in the Martin Scorcese film The Last Waltz , would become both a celebration and a fond farewell from one of the most revered groups ever.

Following The Last Waltz , the various band members would pursue separate career paths, never failing to create intriguing music, but never experiencing the commercial success of their work together. Although members would contribute their talents to each other's album projects and even turn up as guests at various live performances, the Band as a performing entity would cease to exist for nearly seven years.

Robertson's shoes were big ones to fill and in the process of recruiting a new lead guitarist, they ended up bringing an entire other group into the fold. That group, the Cate Brothers, was an ideal choice, with the talented guitarist Earl Cate having the most daunting job of replacing Robertson's distinctively clean biting leads. Cate turned out to fit the bill perfectly, adding his own flair to the proceedings while displaying a healthy reverence for Robertson's style.

His brother Ernie supplemented the group on additional keyboards and the rhythm section of Ron Eoff and Terry Cagle provided multi-instrumentalists Rick Danko and Levon Helm the ability to play additional instruments onstage without diluting the core sound of the group. This new expanded lineup toured the globe over the course of to overwhelmingly positive response and proved that despite Robertson being the primary songwriter, it was Levon Helm, Rick Danko, Richard Manuel, and to a large extent, Garth Hudson who were the chief architects of the group's distinctively organic sound.

Before a sold-out crowd at San Francisco's Civic Auditorium, the Band proved they were still one of the best sounding groups on the planet, delivering a performance that not only delighted the San Francisco audience, but the Band members themselves. Performing classic original material as well as a smattering of choice covers, this performance was captured by the Bill Graham Presents crew and is presented here in its entirety.

Following Graham's introduction and a minute or so of tuning up, the Band kicks off their set with the rollicking "Rag Mama Rag. Meanwhile, pianist Richard Manuel takes Helm's seat at the drums; bassist Rick Danko keeps rhythm on a telecaster, and Garth Hudson contributes wonderfully frantic piano work.


This switch on some the band members' traditional instrumentation works exceedingly well, with the Cate Brothers providing a solid groove throughout. The performance of "Long Black Veil," featuring Danko and Helm sharing vocals and Hudson's mournful accordion work, is equally compelling. However, it is on the next song, "The Shape I'm In," when the original sound of the Band becomes more realized. Assuming their traditional roles, with Danko pumping out propelling bass lines and Manuel pounding the piano and taking lead vocal, this is an enticing performance that rivals the group's glory days.

A remarkable version of "It Makes No Difference" follows. Always a showcase for Danko's impassioned vocal, here it is quite extraordinary, with Hudson switching over to sax and guitarist Earl Cate providing tight vocal harmony and penetrating lead guitar work. No Replies Log in to reply. There was an error. General Comment i love this song.. General Comment My own interpretation is it's not specifically about a farmer General Comment Probably my favorite song by the Band, the unique timings, the unusual softness of the chorus, mixed with more upbeat verses.

Just outstanding. One of the greatest songs of all time in my opinion. The meaning comes from unions organized from in the south for farmers. 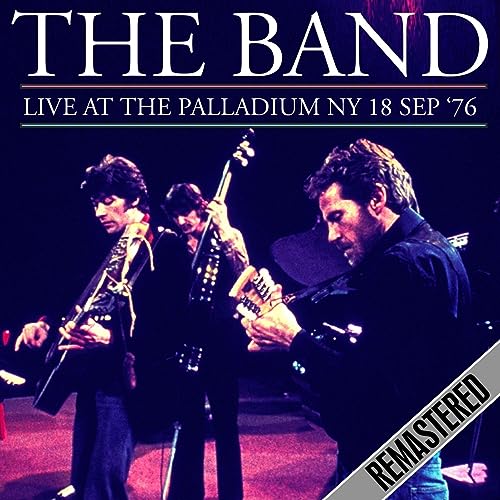 Wish I knew more but the way The Band evokes imagery from a bleak time that they never even really lived through or lived in is simply incredible. Long live Robbie Robertson and The Band. Their name really is truthful. The Band is one of the greatest musical groups of all time, which is why they deserve their name.

Rate These Lyrics. Log in now to add this track to your mixtape! Why not add your own? Log in to add a tag. More The Band Lyrics. SongMeanings is a place for discussion and discovery. User does not exist.