English Romanian German Russian. The real battle royale this summer isn't between Batman and Superman, or between Captain America and Iron Man, or between the X-Men and the purple guy. It's over the soul of blockbuster cinema.

Marvel has clearly staked its claim, and DC announced its own perspective rather loudly a few months ago. The latter made a film which, while admittedly convoluted, was at least a stab at something grandiose and new.

It didn't make logical sense, but it felt like it did. There was an emotional truth to every punch. The former studio doesn't make films so much as it engineers them on a factory line. They're designed to be CinemaSins-proof, but they come off more as automatons than anything else. So, whose side are you on? 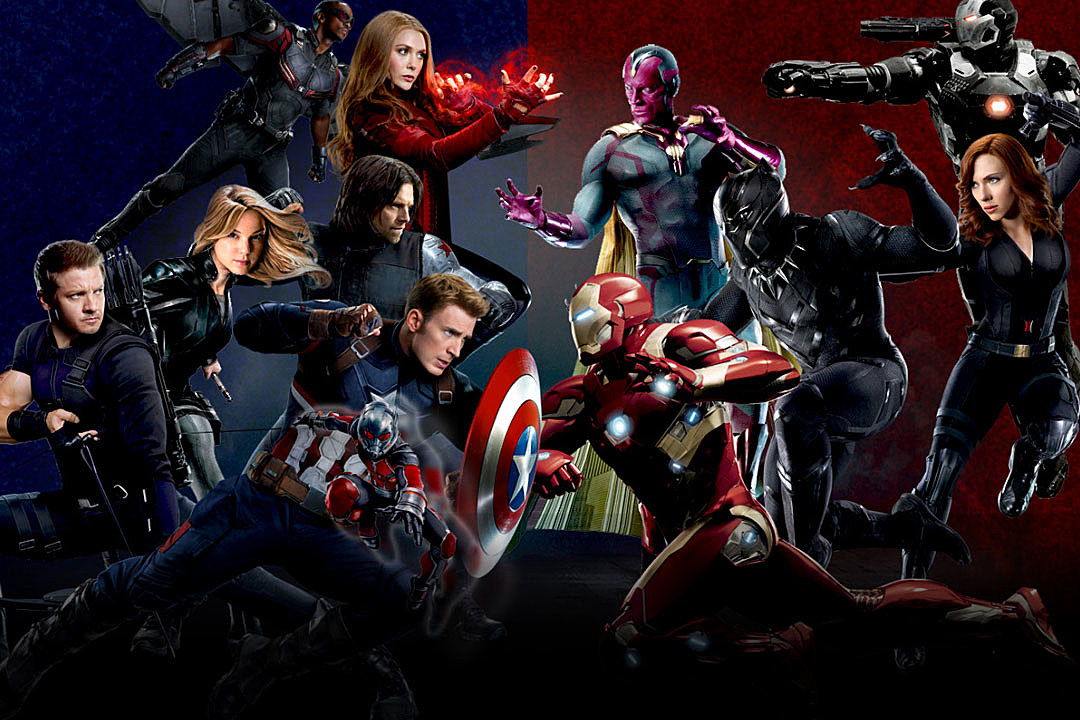 I've only seen 2 MCU movies in their entirety. GoTG and Civil War. That's it.

I never got around to watching. So, I watched this with fresh, excited, and open minded eyes. Boy, was I pleased. What did I pickup on? Captain America has a rad shield. The fella from The Hurt Locker is probably my favorite character. I cracked up at his Mark Fuhrman reference.

Even the Big Three — Iron Man, Thor, and Captain America — were more important in the fictional Marvel Universe than in Pop Culture, where the three rolled together still barely touched the overall awareness of a character like The Hulk, who managed to bomb in his first two cinematic outings regardless. The films might be praised as successful in presenting that limitless, interconnected universe with reasonable fidelity; the greater success has been in the seemingly effortless way in which no-name characters have now come to inhabit our universal consciousness. Be that as it may, it all still felt like it was missing something.

Neither did anyone else. It might have sounded like some crazy sci-fi concept about five years ago, but today, the notion of bringing down a corporate entity by infiltrating their email server is horrifyingly real.

All sorts of plans, deals, and backstabbing was made suddenly public, placing a lot of people in a very vulnerable place, and ready to make nice in whatever way was going to save their collective asses. There were five horrible minutes when it sounded like Sony was willing to play ball if Feige took the current Andrew Garfield incarnation of the character; for reasons that have been disputed and may or may not involve He of the Biggest Hair snubbing some powerful executives because he wanted to take the day off from schmoozing , Marvel had the opportunity to perform a complete rehabilitation, using their own high standards for adapting four-color crimefighters into something it was no longer embarrassing to say you liked.

Spider-Man was to be no exception to this rule. This meant a finite series of appearances in films overseen by Kevin Feige, but were — at least in terms of the solo outings — still Sony products. That last point remained — and remains — the most important. Fans who are familiar with Mysterio's comic book history know that he typically spends his time on the wrong side of the law, leaving us to speculate as to why Jake Gyllenhaal was portraying the character as a hero in trailers for the upcoming film.

Halfway through the film, Mysterio reveals himself to be a villain who used tech to create the illusion of disasters which allow him to display his "heroics," similar to his actions in the comic books. The surprising connection to Captain America: Civil War came when Mysterio, also known as Quentin Beck, revealed why he resorted to his nefarious tactics.


In Civil War , Tony Stark holds a lecture where he uses his holographic technology which allows him to relive a moment from his past in which he speaks with his parents for the final time. This technology not only allows him to interact with the 3D environment, but it also allows the audience to witness the scene, which even includes Tony Stark's appearance being manipulated with the tech. Far From Home reveals that Beck was a former employee of Stark and was responsible for creating this holographic tech.