Interview with the Bigfoot

He claimed to have finally tracked down and trapped an actual real life Bigfoot! As amazing as his story sounded, he provided photos, video, and hair sample evidence to support his claim! This gave me the ideal chance to finally test the mysterious device I acquired called The Bigfoot Translator! Some time ago, an anonymous package arrived at my door. It was accompanied by a note claiming they were a listener of my show and Cryptozoologists.

When I unwrapped the package I found a strange device that left me absolutely dumbfounded. The device was labeled, The Bigfoot Translator. The supplied instructions detail how the contraption can be used to speak with an actual Sasquatch!

There aren't seminars just down the hall nor is there ready access to a large research library. Although certainly information technologies have reduced these burdens, just in the years that I have been working.


The benefit, as you suggest, is a relative degree of freedom. It's not that anyone in academia would prohibit this kind of work and, indeed, there are a lot of scholars who study popular culture and other seemingly trivial subjects. But, the price of such work is taken from one's prestige. In the history of science, the field I know best, historians are granted the credibility and prestige of the subject that they study: so historians of physics are the most prestigious, historians of chemistry less so, and on down the line. Historians of pseudoscience, then, are definitely off the beaten path.

Enough other scholars would understand the work to make it worthwhile, but there would always be a few who sniffed and looked down at the topic to make writing on Bigfoot a somewhat risky proposition, especially for a young scholar, like myself.

Were you worried about dipping your relatively inexperienced toes into such a field? Were you surprised at the intensity of the response to your inquiries, for good or bad? Buhs: At the very beginning, I wasn't too worried—I was rather naive about the passions of those involved. But as I got deeper into the research, I certainly became so and remember warning my wife, "This book could get us some phone calls at three a. To this point, though, I've mostly received encouragement or curious inquiries, so, at least so far, I've been surprised at acceptance more than the vitriol, but we'll see as the book spreads through the Bigfoot community how my arguments are accepted.

It could still get interesting. During the whole Georgia Bigfoot saga of , one of Loren Coleman's books was actually burned! Bigfoot seemed to be part of a whole realm of paranormal phenomena, which I instinctively viewed as somewhat disreputable. So I was quite surprised to learn from your book just how seriously the idea of this monster was taken back in the s, when Sir Edmund Hillary led an expedition to look for Yeti on Mt. Everest, taking with him, among other people, Marlin Perkins. Are there any topics of general discussion today that you think we might look back on in fifty years with similar surprise?

Buhs: I suspect that there are loads of things now that we take as real phenomenon worthy of contemplation that will, on later reflection, turn out to seem, well, ridiculous.

The Fear of All Things Stupid

Reading through old newspapers from the s for stories on Bigfoot, for example, I was struck by how many articles were concerned with juvenile delinquency. From our perspective, this seems a quaint problem. Crime rates were much lower in the s, and the signs of delinquency—interest in rock and roll music, say—are much more widespread now, even accepted, without worry.

More recently, I think it's been pretty well concluded that the "crack baby" epidemic of the s was, at the very least, way overblown. Nonetheless, we can't dismiss these concerns.


That's one of the main points of Bigfoot. Even these topics that seem ridiculous in retrospect need to be treated seriously because some people took them seriously. 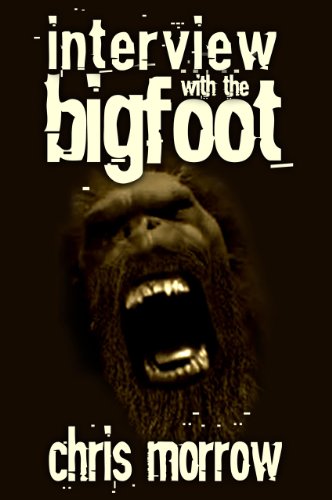 Juvenile delinquency was real to the people of the s as a cultural object that they had to confront, just as Bigfoot is real to us today, as a presence on our TV screens, as something we all, eventually, learn about, even if only to learn that it's hokum: because encoded in the belief that Bigfoot is nonsense are all kinds of ideas about the world, about the proper role of science, about class divisions, about the nature of reality.

Do you feel the same way?

Does this say anything about the continuing relevance of Bigfoot, or just about the effect of saturation on our perception of images? Buhs: I agree that the film is thrilling, and I think this speaks to the genius of the hoax. Roger Patterson, the small-time con man and rodeo rider who made the film, tried a number of get-rich schemes both before and after the film. None had the staying power of the movie—this was the one that he got just right. Part of that rightness comes from the enduring power of Bigfoot.

There's just something about wildmen that appeals to us humans. I don't know why, exactly: different cultures have different reasons for invoking them, but there's no question that wildmen appear in the stories told by people across all time and space. The fascination with monkeys and apes—so much like us, yet so different—comes from the same place, I think.

Without speculating why, it's enough to notice that humans are fascinated by such creatures. The rest of the rightness comes from Patterson's mastery of film conventions. These conventions, unlike the interest in wildmen, are specific to a particular place and time. It's quite likely that, in the future, people will not be able to see what we see in the movie without being very well versed in the history of cinematography—because the conventions of filming will have changed so much, just as, say, it's hard for a contemporary person to understand Medieval paintings without an intimate knowledge of symbols from the time.

But we have grown up with these conventions, with this grammar, and so understand the picture in a visceral, immediate way. The muddy, hazy picture, the jerky filming—these are traits that we have learned to accept as signs of authenticity. They are also associated with the cheap entertainments of the s—the mockumentaries and exploitation films. These are exactly the opposite of authentic but the association, I think, still works to make Patterson's film thrilling—because those movies are themselves associated with cheap thrills.

We have learned to associate these kinds of images with drive-in movies, with late night TV, with taboos—especially sexual ones—all of which work together to give the film a charge. Patterson also followed one of the cardinal rules of making these films work: being quick. A longer movie would have made the hoax more obvious.


A short one tantalizes and accentuates the thrill. It really was a brilliant con. Question: Reading your accounts of the various back-and-forth debates between credentialed, skeptical scientists and Bigfoot researchers over the years, I was reminded of the ongoing debates over climate change. By nature, scientists are skeptical and hedging; science is rarely in the business of making definitive declarations. But in a debate against nonscientists, that refusal to be definitive can be a weakness, leaving the door perpetually open for plausible-sounding refutations built on shaky evidence and a willingness to forthrightly state conclusions.

Would you agree? Buhs: Mmmmm …. I think that the dynamics of the situation are very different. In the case of climate change, there is a very strongly accepted scientific consensus: on average, the Earth's temperature is increasing due to human activities, and this will result in dramatic changes in the environment.

I don't get the sense that climate scientists are hedging or worried about making definitive declarations. Rather, the controversy is maintained by the confluence of two factors. One, there are a number of well-funded groups who pay experts to argue against the generally-held consensus. Two, the conventions of journalism, as currently practiced, give equal weight to both sides: journalists are afraid to judge the merits of scientific ideas or make distinctions among the experts.

And so, in this case, scientists find themselves confronted by powerful groups with ready access to the media. In the case of Bigfoot, on the contrary, scientists confront underfunded individuals. Bigfooters do have access to the media, but, in my opinion, are not treated with the respect that climate change denialists are accorded. Bigfooters generally make the paper as subjects of human interest stories or under the heading "News of the Weird. To be sure, there have been times that newspapers took the possibility of Bigfoot's existence seriously—the New York Times did a couple of such articles in the s, and the Wall Street Journal did one—but those are the exceptions, not the rule.

Meanwhile there have been, as well as plenty defenders of the scientific establishment, who have been willing to flatly state that the evidence for Bigfoot is meager. So the media does allow for the perpetuation of Bigfoot tales, but not serious ones, not ones that are thought to be true. The perpetuation of belief in Bigfoot—or acceptance of the evidence indicating that Bigfoot exists—owes much more to the existence of groups unsatisfied by the scientific consensus who find their own ways of disseminating information—through newsletters at one time, or blogs now, and publishing houses that cater to this fringe.

Did you come across any examples of evidence that scientists seemed too quick to dismiss? Buhs: I think that this is a difficult question to answer—at least for me.